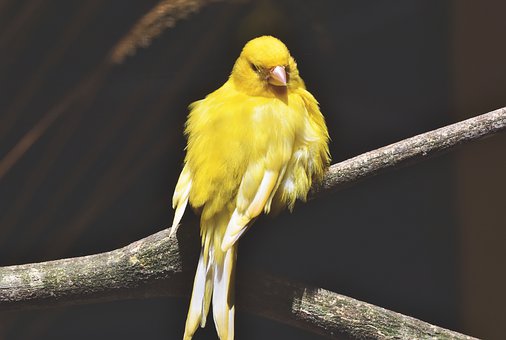 When pet birds are not adequately cared for or nourished, they can become unwell. While most avian illnesses may affect any species, certain species are more susceptible to particular diseases than others. Your veterinarian will be able to design a diagnostic and treatment strategy for your bird’s illness if they know the numerous ailments that typically afflict that species.

While it is difficult to cover every sickness that might affect your bird, the following article will familiarize you with some of the most prevalent health issues that your pet bird may face. If your birds experience these symptoms, you should call your veterinarian right away. This will result in an accurate diagnosis and cure for your bird’s illness.

Cancerous tumours in budgerigars’ kidneys and reproductive organs are prevalent. Unilateral (one-sided) lameness is a common symptom of kidney, ovarian, and testicular tumours, which owners sometimes mistake for an injured limb.

Goiter (hypothyroidism or underactive thyroid gland) can also affect budgies, especially those on an all-seed diet. Because seeds contain relatively little iodine, which the thyroid gland needs to operate correctly, the gland expands to collect all of the iron it can from the seeds. Because the larger thyroid gland presses on the esophagus, budgies with this illness are generally overweight, have a squeaky voice, and puke when they eat.

Psittacosis is another prevalent illness in budgies, especially when close to other budgies at pet stores (also called chlamydiosis or parrot fever). Budgies can carry it without causing any symptoms, or it can cause respiratory signs (sneezing, trouble breathing, diminished ability to fly, and tail bobbing) as well as an enlarged belly due to liver enlargement.

Obesity is widespread in budgies because many owners mistakenly give them all-seed, high-fat diets. Hepatic lipidosis is a severe condition that frequently leads to death. This species is also prone to lipomas and xanthomas, which appear on the wings and ventral belly and are caused by a high-fat and all-seed diet.

Reproductive issues are also fairly prevalent in pet birds. Egg binding is common in pet budgerigars that can still produce eggs, even if they are housed alone without a partner. When birds eat diets high in seed but low in calcium and vitamin D, which are essential for egg development and laying, they are more likely to become egg-bound.

The internal parasite Giardia is another organism that usually infects cockatiels. Infected birds may have diarrhea and become extremely itchy, attacking themselves fiercely, especially beneath their wings.

Gastrointestinal yeast infection with Candida organisms is another ailment that is more typically encountered in cockatiels. Yeast infections cause regurgitation, weight loss, diarrhea, and a reduction in appetite in birds.

Egg binding, soft-shelled to shell-less eggs, oviduct prolapse, and reproductive cancers are all more common in cockatiels than in budgies, even in individually housed pets.

Canaries suffer from many hereditary diseases, such as feather cysts, which must be surgically removed.

In addition, some male canaries develop baldness on their heads.

Tassel-foot, a rare form of knemidokoptic mange in which mites produce an excessive build-up of crust on the skin over the feet, giving the appearance of tassels dangling from the feet, is common in these popular birds.

In canaries, air sac mites that infect the trachea (windpipe) and the air sacs are a common cause of respiratory illness.

In canaries, poxvirus develops crusty sores on the unfeathered skin and impairs the respiratory system, resulting in mortality.

These are the most common conditions that your budgies, cockatiels or canaries may be confronted with…let us know if your bird has been a victim of one of those conditions…