Skip to content
Paws Wings And Fins » Dogstitle_li=Pets » Dog Training: How to Proceed? 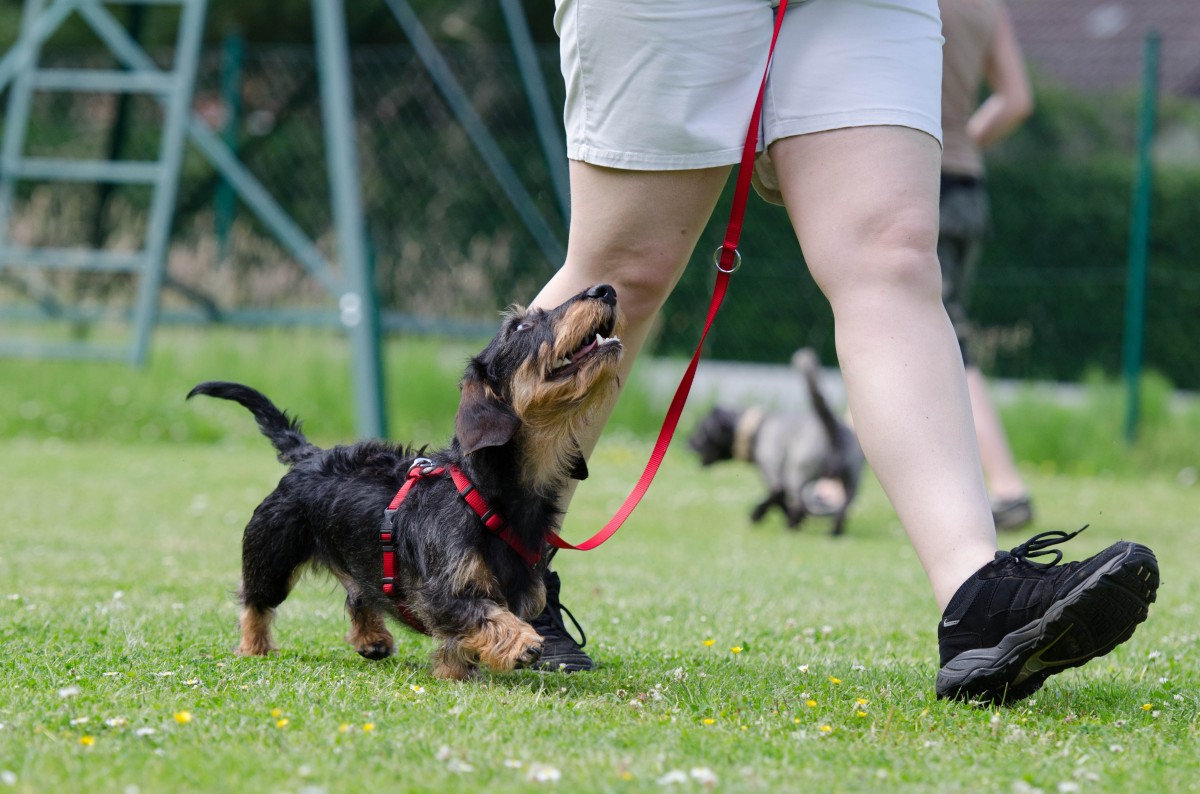 Dog Training: How to Proceed?

Dog training is feasible without luring, force, accessories, or mind-numbing repetitions. Because of its domesticity, the dog has a highly developed educational potential. The only question that needs to be addressed is how to proceed.

We can say without exaggeration that the vast majority of behavioral disorders, excluding biological or pathological conditions, between humans and dogs are communication disorders. On one hand, by unsuitable modes (digital communication, discordance) and on the other hand, by the incomprehension of specific modes of the dog.

We can add that conditioning only amplifies the phenomenon, whereas dogs have an extraordinary capacity to understand us.

Note: more and more educators are turning away from conditioning education and its archaic principles (hierarchy, domination, pack, territory, aggressiveness, intentionality, etc.) to turn to communicative teaching; the results are pretty spectacular, both for the dog and its owners, in a few relaxed, cheerful and instructive sessions.

If digital (verbal) communication takes a long time to establish itself, with no guarantee of durability, natural sound production is greatly interested. The difference is between a command and information:

– Giving a command requires the dog to behave in a certain way (word-attitude). It is often necessary to repeat it or even raise the tone.

The dog will inevitably adopt our information as an instruction by operating in an informative mode. The exciting thing is that in this way, it is not the word that is important but the “natural” tone in which we pronounce it, which will always be in line with our nonverbal. We do not demand anything; we inform. There is never a need to repeat or raise the tone: the dog follows or does not follow, but very quickly, he will do more than follow; he will also wait, even request the information. Walking on a leash gives you an idea of this.

Attitudes towards his behavior 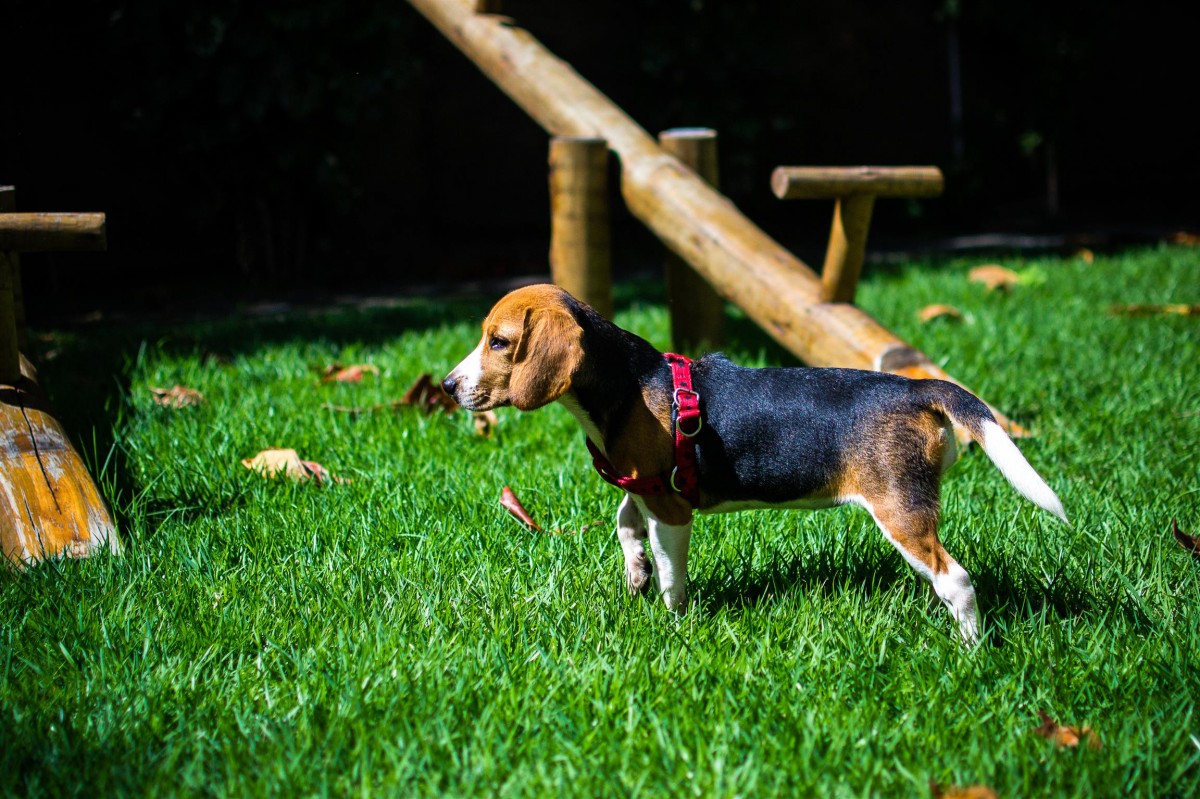 The very term “punishment” refers to a form of domination, power struggle, or conflict. However, any form of conflict is a failure of communication. Simply thinking about punishment is likely to distort any form of reliable communication. Indeed, the dog is genetically programmed to be a pacifist with man (the notion of “double imprint”), and any punishment, negative or positive, can only considerably limit his relationship with us and his understanding. In particular, punishments can provoke 4 phenomena:

– Resentment: the dog will consider the human unreliable and brutal and will therefore tend to distrust him (disobedience).

– Anticipation: in a coming conflict, the dog will anticipate the punishment and avoid it (escape, preventive aggression, urine, etc.).

– Rebellion: the dog may instrumentalize itself (self-instrumentalization) and violently rebel without warning.

– Withdrawal: the dog may develop a “not seen, not taken” strategy, i.e., reproduce the behavior as soon as the owner’s back is turned; it may even not know what to do (acquired distress state).

All animal behavior requires a benefit, in his opinion. The most important thing is that he understands that one behavior rather than another is what he gets. For example:

– Rather than threatening any approach in the garden (natural behavior), going on his mat will also cause the stranger to move away.

– It is also possible to reassure him calmly so that he understands that the person will move away on his own, without the need to threaten him.

– The benefit is, therefore, behavioral, linked to the production of the behavior itself (what is it doing and what is it suitable for?).

Establishing a social relationship (trust, complicity, communication) cannot be done with lures. The treat will always remain a decoy, used only briefly to attract the dog’s attention but not to fix the behavior. Benefit and reward are, therefore, two very different notions:

– The first tends to come as close as possible to the gain in direct relation to the goal of the behavior.

– The second tends to come close to an artificial gain.

Reinforcement is the result of reward. By regularly reinforcing the appropriate behavior (e.g., praise), the dog will be much more likely to adopt it, even in our absence, especially since the reinforced behavior will result in the benefit expected by the situation. As for ignoring inappropriate behavior, this choice is very random. It is better to indicate our disapproval (non-verbal, para verbal) and ask for another behavior (playful) that we will reinforce.

Rituals are, by definition, the social codes that govern the relationships between beings, dogs between dogs, and dogs with humans:

– Ritualizing certain relationships or situations will be a source of reliability, security, and legible and understandable communication.

– Rituals then extend the relationship to other situations through the trust and collaboration they induce.

Note: dogs are very ritualized by nature (social animals) and therefore very demanding of rituals; appeasement is one of them, which is always a two-way street; one appeases, the other response with another sign of appeasement.

Is it possible to re-educate a dog? Theoretically, no, and it is better not to consider it this way. An animal cannot be re-educated; it adapts (ontogeny). It is subject to the principles of the theory of evolution (principle of adaptation). It is thus in perpetual learning. It is a simple adaptation of the learning methods that we must consider, that is, our relationship to him (communication), not his relationship to us (re-education).

The notion of intelligence

Intelligence in dogs has been “measured” by a Canadian psychologist, Stanley Coren, by sending a questionnaire to many trainers. He thus established a list of the 200 most intelligent breeds of dog. This study is interesting, except that it remains very partial: there are 1 million purebred dogs out of more than 6 million dogs (nearly 400 breeds listed). What about the other dogs? Were they considered stupid? The whole definition of intelligence must be reviewed because there is nothing more intelligent than a dog in its ability to live with us. No breed or non-breed can obtain the palm or the monopoly.

For nearly 30 years, great professionals and researchers have been demonstrating that conditioning is only an (eventual) accessory to the relationship, not a preamble or a “band-aid”:

– Moving from conditioning education to communicating education is likely to require the help of a dog behaviorist, especially to understand the dog, and its learning patterns, less to act directly on it.

– A few tips and tricks from this professional will often facilitate communication, which will have to be fluid on our side, with our natural words, gestures, and attitudes, not those we will have to learn (order, authority, tone, etc.).