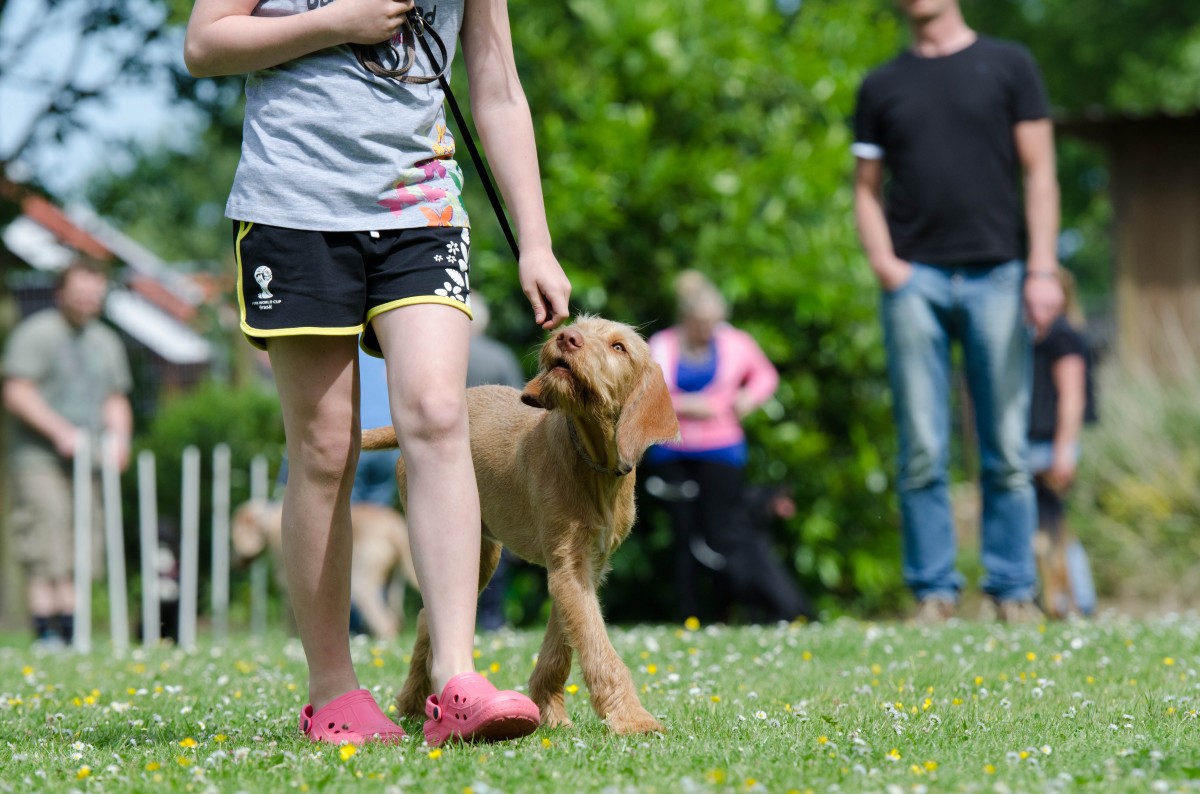 Behaviorist, veterinarian-behaviorist, educator-behaviorist, what about these disciplines often confused and generally misunderstood? The canine behaviorist corresponds to a specific profession that can help you in the dysfunction of your pet’s behavior.

Canine behaviorist: the origin of the profession

The behaviorist profession was created and defined in 1986 by Michel Chanton, a doctor of ethology, based on his doctoral thesis: The social behavior of the pet dog. Everyday aspects, disorders attributable to the environment, systemic type therapy methods. He established his work on 2 fundamentals:

– ethology (the science of animal behavior);

As a result, the profession has undergone the following evolutions:

Since 1986, several other behaviorist training has emerged, sometimes with essential variations (about other species than the dog, for example), but on the same foundations (ethological and systemic).

Then, dog trainers created their training of educator-behaviorist based on more respectful conditioning of the dog (non-coercive), under the impulse of famous educators like Ian Dunbar (also a veterinary doctor), Jean Lessard, or Barry Eaton.

Recently, veterinarians have also created a specialization of veterinary-behaviorist based on a medical approach: zoo psychiatry.

If they can sometimes be complementary, the behaviorist, the educator-behaviorist, and the veterinarian-behaviorist belong to 3 distinct disciplines and approaches that should not be confused.

A systemic and ethological approach

The profession of a canine behaviorist is based on 2 fundamental approaches to exercising this profession: the systemic method and ethology.

The systemic method (or systems theory) is, above all, a method of analysis of complex subjects or problems. It aims at highlighting:

– the relationships existing within a system (the dog’s family system, for example);

The objective of the systemic method is to determine as precisely as possible where the causes of relational dysfunction with the animal lie.

Ethology is defined as the science of animal behavior. It has 2 aspects:

– one based on biology and a specific methodology of observation and study of behaviors;

– the other is multidisciplinary and integrates scientific currents such as paleontology, zoology, genetics, medicine, neurobiology, psychiatry, ecology, etc.

Ethology allows us to define and situate:

– the behavior of the dog itself (what does it do?);

– the purpose of his behavior (what is it for?);

– what triggers his behavior;

– what “naturally” stops the behavior (or not).

The different roles of the dog behaviorist

Preventive role of the behaviorist

The first role of the behaviorist is a preventive and advisory one to avoid the development of conflictual, inappropriate, or risky relationships. Certain situations are particularly conducive to the intervention of a canine behaviorist beforehand. For instance, the adoption of a dog or a puppy, before the birth of a child, during the dog’s integration in a new neighborhood or when another dog arrives in the home (cohabitation), etc.

Curative role of the behaviorist

The curative role of the behaviorist constitutes the majority of his interventions in a vast spectrum. Generally speaking, as soon as something goes wrong with the dog and in the absence of a proven disease, his analysis and expertise can avoid many inconveniences and mistakes and provide well-framed solutions adapted to the problem encountered.

Other fields of competence

The behaviorist is also qualified, always in a systemic and ethological approach, to intervene as a consultant at the level of communities, animal associations, associations related to nature, the environment, etc.

He deals with subjects concerning the community and the dog’s integration in society and the environment.

What kind of problems does he have to deal with? 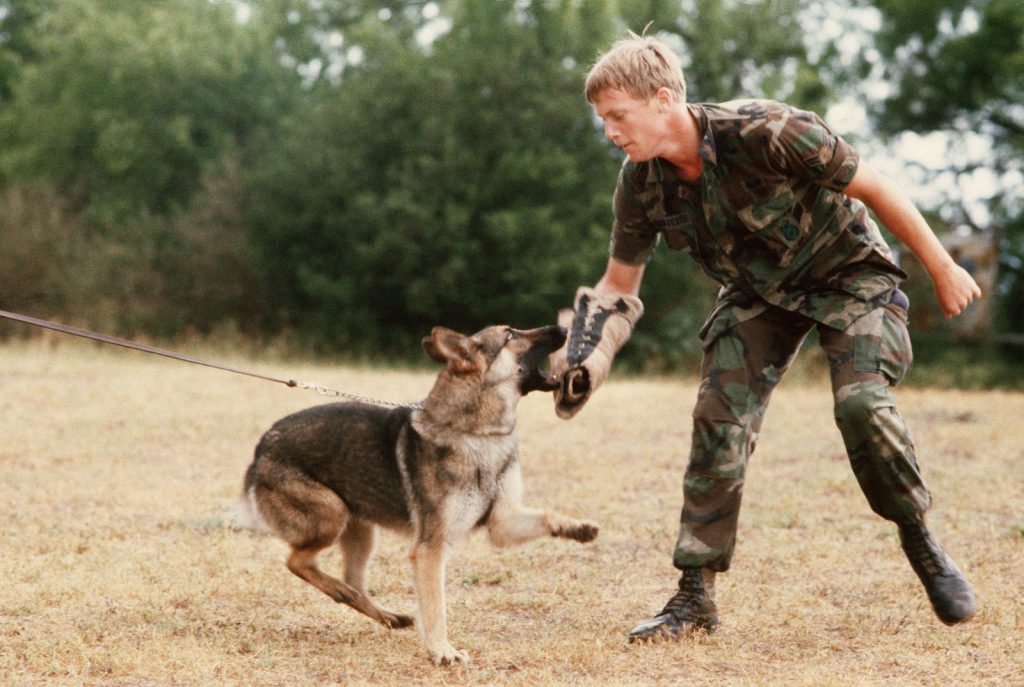 Faced with aggressive or destructive dogs, for example, the behaviorist will have to solve problems of a different nature.

Real behavioral problems are pretty rare in dogs. In most cases, in a healthy dog, this type of disorder corresponds more to communication disorders. To do this:

Understanding the reasons and dysfunctions, and explaining them, is already 50% of the solution.

Setting up a reliable and understandable framework for everyone is generally enough to solve the problem.

Deviant behavior can only be analyzed, by definition, to a norm. The dog’s norm is its ethogram (catalog of behaviors of a species). Therefore, a dog can only have a dog’s behavior, sometimes inappropriate or incomprehensible, from the human point of view.

Moreover, each dog is different, and each family as well. Some behaviors are unacceptable for some and perfectly acceptable, even encouraged, for others. These behaviors can also be misunderstood or incomprehensible in their occurrence.

The systemic approach then allows us to put these behaviors back into their context and bring a solution, not generalized (according to a supposed norm), but adapted to the dog’s family system, while respecting its integrity and its owners’ expectations the regulations.

Canine behaviorist: which methods and solutions?

Compulsory in case of a bite, for example, the behavioral evaluation is a practice that opposes behaviorists and ethologists to veterinarians. The latter are the ones who have instituted the practice. Each party sticks to its guns, but nothing corroborates its foundations and applications (euthanasia, behavioral rehabilitation, categorization).

At the systemic level, the simple fact that each family is different does not establish that the dog, from birth, would be genetically submitted to human rules and codes (which change faster than the dog can adapt as an animal).

Systemic approach of the dog’s environment

Generally speaking, at least in our latitudes, the dog is part of a family system. Indeed, its origins and evolution have made it a member of the family in its own right. However, it is first in the family system that misunderstandings, expectations, and relationships develop and can deteriorate. Neighborhoods, the Internet, social pressure, regulations, and many other external factors can significantly influence the relationship between owners and their dogs.

By approaching the issue from a systemic point of view, the advantage is that one avoids any guilt-tripping. There is no value judgment, no culprit, just solutions: