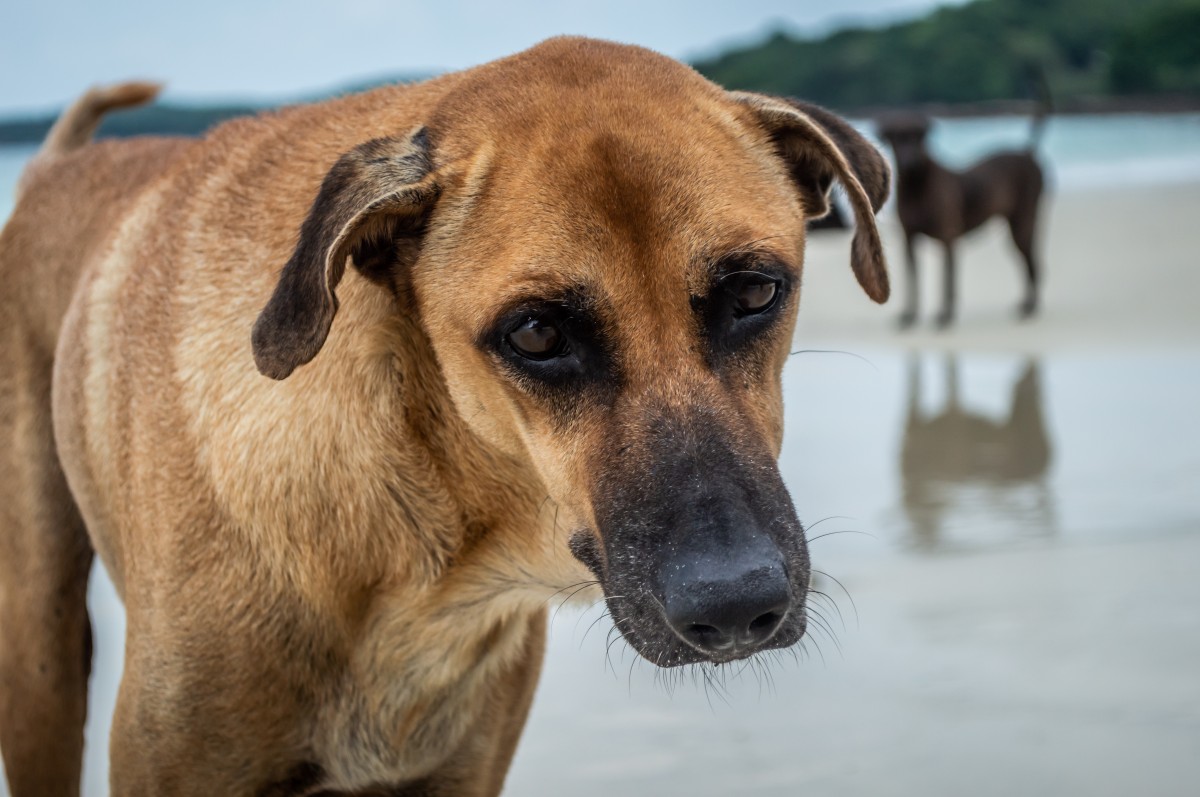 What Are Behavioral Disorders in Dogs

Defining the list of possible disorders in dogs, their nature, and their origins are essential. The list of what are often considered behavioral disorders in dogs is growing yearly. Separation anxiety, aggressiveness, phobia, coprophagia (feeding on feces), hyper-attachment, attention deficit, compulsive disorders, personality disorders… Let’s see closer below.

The notion of behavior

A behavior can be summarized as the part of an activity that takes place in front of an observer. It is the expression of an emotional state or the reaction to an emotional state. In dogs, behavior is driven by survival. Even the social behaviors between dogs or humans tend only toward this goal.

This theory, or more precisely the theory of natural selection, is fascinating in understanding the emergence and evolution of behaviors in an animal. It is based on 3 principles:

Principle of variation: individuals differ from each other regardless of species.

Principle of adaptation: those who adapt the most survive the best. Adaptation is permanent.

Principle of heredity: advantageous characteristics are transmitted at the expense of disadvantageous ones.

These principles are not isolated. They form a single one that summarizes the whole theory: the variations of an individual or a species tend to preserve it and transmit this variation through heredity to survive (adaptation). If there is no variation, there is extinction.

In the domestic animal

However, the theory of evolution has a question mark over the dog. Indeed, this domestic animal and its reproduction (thus the hereditary transmission) are mainly controlled by a man on criteria of viability, but not on natural adaptation:

The notion of breed standards goes against this evolution since they tend to keep the breed as close as possible to its initial genetic characteristics, blocking it in a way.

Moreover, when the criteria evolve, it tends towards characteristics adapted or wanted by man only. We can now almost have custom-made dogs (appearance, size, weight, coat, eye color, etc.), even within a particular breed.

While there are more non-pedigreed dogs than purebred dogs (barely 1/6), they are all the product of nearly 15,000 years of domestication.

Could this be a potential cause of behavioral disorders?

Controlled reproduction does not have only advantages, especially if the criteria are, above all, mercantile. The will to produce more beautiful animals is likely to favor the emergence of malformations, chronic pathologies, weaknesses, degenerations, and the development of associated behaviors. And inbreeding is not the cause of everything, far from it. When one is suffering or weakened, one is less inclined to be “sympathetic” than when in good shape; it is the same in animals.

Zoopsychiatry is, in a way, the moment’s trend with the appearance of specific syndromes and drug treatments derived from human psychiatry. Whether it is a veterinary drift for some, lobbying by laboratories for others, or social pressure or demands, the answer is not apparent. This answer should follow a logical and empathic approach concerning the dog, this particular living being.

Gregory Bateson and Paul Watzlawick have left a considerable legacy to the modern behavioral sciences. In the early 1950s, researchers in Palo Alto, California, began to study essential issues: psychology, psycho-sociology, family therapy, information and communication sciences, and even cybernetics. One of the experiments conducted by these researchers is particularly amusing and enlightening here. It is summarized under the name of anti-psychiatry:

In short, 2 psychotherapists who did not know each other were convinced that they would receive a patient whose paranoid delusion was to think he was a clinical psychologist.

However, the said patients were these 2 psychotherapists, neither knowing that the other was also one.

What does this have to do with zoopsychiatry? Psychiatric diagnosis can sometimes be tainted by preconceived ideas, which can come from a third party, whether authoritative or not. This conclusion can be found in general practitioners’ almost systematic delivery of psychotropic drugs. They have to treat and are already under the pressure of this duty. On the one hand, the scientific, political, and social authorities and lobbies, and on the other hand, the patients, who are under pressure from the media, advertising, charlatans, family and friends, and various scientific currents, which may even be antinomic, etc.

Concerning the dog, the problem is the same. Preconceived ideas about this animal are legion, more likely to distort any diagnosis than favor it. And this is mainly due to a significant influence, anthropomorphism.

Anthropomorphism is the attribution of human behavioral or morphological characteristics to other entities such as gods, animals, objects, phenomena, or even ideas:

It is mainly manifested, at the animal level, by the projection of our human perceptions of the behaviors of animals.

Thus, a dog will be jealous, resentful, stubborn, mean, kind, faithful, stressed, anxious, downcast, fearful, depressive, etc. It is even sometimes lent schizophrenia (dissociative disorder), defined by a dissociation of the dog to our reality, even victim of hallucinations. Yet, how can the dog have our reality?

According to Morgan’s canon, this extreme anthropomorphism goes against any methodology and ethological approach: “Never try to explain a behavior by higher-level causes when it can be explained by those of a lower level.”

But the master’s prior “diagnosis” can also greatly influence the medical response. Unfortunately, people often seek medical confirmation from a veterinarian that their dog does indeed have a “problem” because it is usually the latter that has one.

Whether they are qualified as biological or genetic, this type of disorder exists. Some are irreversible, and others are not. However, they are not behavioral disorders:

They can cause maladaptive or incomprehensible behavior. This is obvious in the case of the “schizophrenic dog,” where regulation of dopamine and serotonin (biological cause) often allows a return to normal. However, this type of pathology remains rare. But here we are in the medical field, not psychiatric.

On the other hand, equivalent behavioral symptoms can very well indicate something else, much more benign, without requiring medical treatment. In this case, it is necessary to be an expert in behavior to avoid falling into excess or medical abuse.

Illnesses can also influence behavior. Treating them or at least alleviating them goes without saying. But this may not be sufficient, and other treatments may be required.

Finally, forms of education/dressage (coercion, but not only) are also likely to cause biological disorders, leading to behavioral problems that will undoubtedly need to be treated but not without treating the cause of the offending behavior.

We will mention the genetic or hereditary influences that are sometimes put forward but most assumed.

A psychopathic gene has been discovered in humans, which is transmissible. Nevertheless, in the population incarcerated for a psychopathic crime, less than 1/3 of the individuals possess it. This is practically the same percentage found in the non-incarcerated population: you, me, all of us. Does this mean there are many more psychopaths at large than in prison?

No. It tells us that the presence of a gene is not enough to activate a behavior specific to that gene.

On the other hand, the common point of these psychopathic criminals, whether they carry the gene or not, is a similar childhood environment (abuse, rape, lack of affection or hyper protection, lack of reference points, loneliness, etc.). This means that a gene makes it more likely that the associated behavior will occur; without the proper context, it is unlikely to manifest its effects.

Specific behavioral genes have not yet been discovered in dogs, and it would be unfortunate to anticipate their eventual discovery. Even aggression, when it is biological, is usually due to an overproduction of adrenaline (not testosterone):

Sure, genes like the barking gene have been identified, but is its presence abnormal in a dog? It would be unnatural if we wanted to modify it, so dogs don’t bark anymore.

Let’s also note that veterinarians sometimes file dogs’ teeth to prevent them from hurting too much when biting. But we ask ourselves, why do these dogs bite?

What are the natural behavioral disorders in dogs? 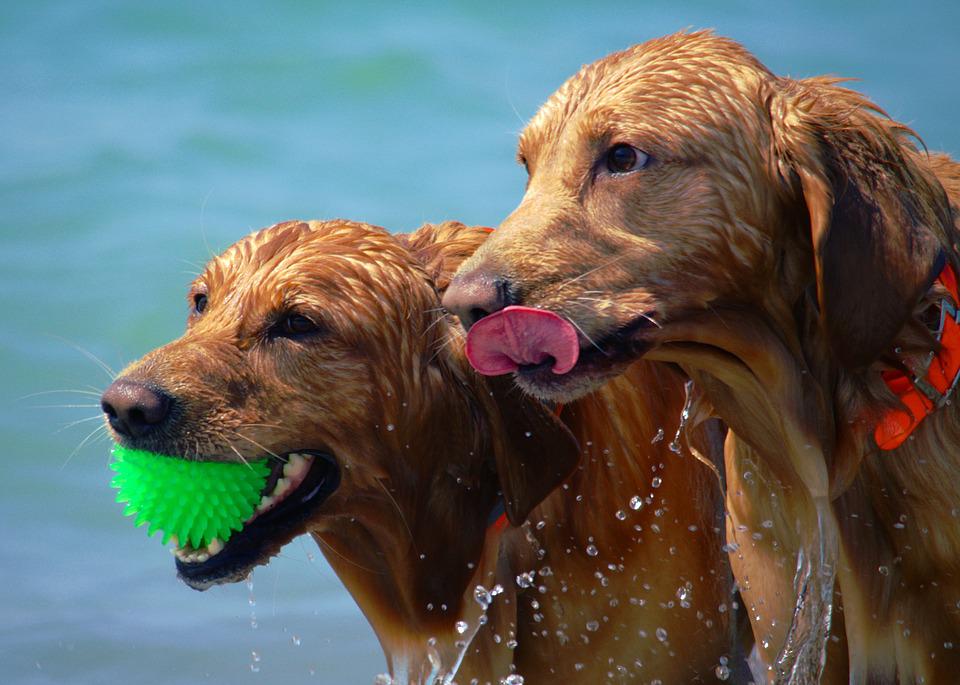 There are natural non-biological behavioral disorders, at least in their true origin. We will remember that they can come from 2 contexts: breeding or environmental conditions.

Apart from disorders specifically related to reproduction (genetics), the rearing conditions are the first potential factor for developing proven and identified diseases. Sensory or relational deprivation, mistreatment, malnutrition… will indelibly mark a dog as soon as it occurs during its first 3 weeks of life. The well-known kennel syndrome is an example:

However, dogs affected by this syndrome manage to live very well in a family with some non-medicinal but relational arrangements.

However, puppies that develop a permanent aggressiveness very early on will have no chance to integrate, not even with medical treatment, leading to the extreme solution of euthanasia.

A poorly conducted socialization with other dogs and humans, between 4 and 8 weeks of age, can be a handicap, but not at all impossible or irreversible. This is almost natural (according to the theory of evolution).

a significant failure of communication between man and dog ;

acute suffering of the dog.

It is an illusion to treat or correct a behavioral disorder by education/dressing. On the other hand, it can be beneficial to establish good practices and relationships, to propose to the dog other behaviors than those judged inappropriate, which he will adopt when he no longer has a clear need for them.

Practically all disorders that are not genetic or biological come from relational problems. The mere possession of a dog induces, at the origin, the possible and probable development of relational disorders (within the framework of a relationship between man and dog). Should we, therefore, feel guilty?

Whatever one may think, it is not possible, just by observing behavior, to determine its cause or origin. We can suspect a medical, environmental, or another source, but without investigation, it can never be determined correctly. The effects can be masked or reduced, but rarely can we be sure they will not reappear. Two professionals are in the best position to help you deal with the situation and provide reliable answers: the veterinarian and the dog behaviorist.

The veterinarian is the only one authorized to diagnose, treat, prescribe and operate (surgery) on the animal. In case of suspected disorders, a medical visit, or even a few more advanced analyses, will always be an excellent preamble to rule out or to put forward, depending on the case, a medical (not psychiatric) cause. Three crucial questions should then be asked:

The canine behaviorist is specifically trained to help understand and provide a comprehensive solution to the dog’s behavioral problems, both curative and preventive. He does not sell medications, sessions, methods, therapy, or behavioral rehabilitation. He only offers his expertise, usually in a single session with an integrated follow-up:

He is, above all, an analyst and a pedagogue who knows the dog well, especially in its family and social environment.

He will never intervene directly on the dog, neither on the medical nor the educational level, but he will be able to locate the source of the supposed disorders and propose the right approach to adoption.

However, if he suspects a medical cause, he must, on an ethical level, suspend his mission and suggest veterinary investigations.

If he were to suggest education/dressing sessions, he would also violate his ethics (conflict of interest).

Good to know: a little bit of everything can be found in the dog world, the best and the worst, no profession escaping it; get informed to find a competent professional.