Skip to content
Paws Wings And Fins » Snails » How Are Snails Born? 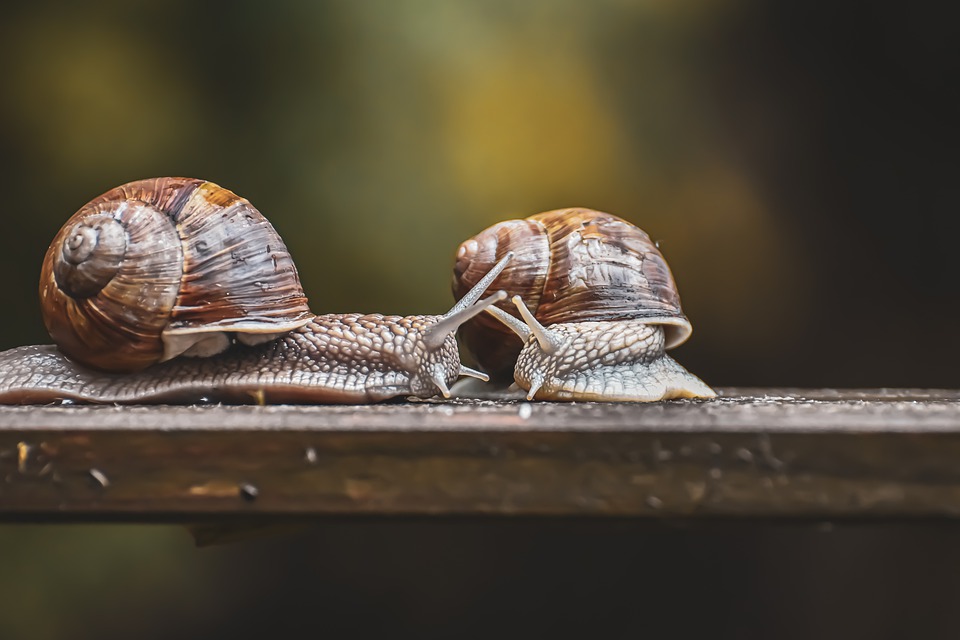 Snails are the best known of the invertebrates because all species have a protective device, the shell. It protects their body, which is usually very fragile. Although it is a very familiar animal, many people may not know about the life cycle of snails. Let’s look at how snails are born and how they reproduce!

The term “snail” generally refers to mollusks belonging to the gastropod group, which have spiral shells of various shapes. This group includes terrestrial, marine, and freshwater snails and the variety of their shells is astonishing. Here are some details on how snails reproduce and are born.

Snails have a shell on top. The consistency of their skin is usually floppy and jelly-like as they secrete a slippery substance (mucus) to help them move. Since these organisms do not have legs, they move by shaking their skin and producing mucus to reduce friction.

As for the shell structure, it is made of calcium carbonate. It also has a large cavity inside, which the entire organism can usually slide into. In addition, all of the snail’s vital organs such as the liver, lungs, stomach, kidneys, and heart are housed within this shell.

As the snail grows, the shell expands, allowing us to estimate its age indirectly. This protection can also be repaired if it gets damaged or broken. The condition is that the animal’s vital organs have not been affected.

Delicate structures can be seen on the flaccid snail’s body, such as the eyes at the end of the antennae coming out of the head. It also has a structure in its mouth with teeth (radula) that function like a chainsaw, allowing it to gnaw leaves and extract lime from stones.

How Do Snails Reproduce?

Snails are hermaphroditic, that is the exceptional property of having both male and female organs in the same specimen. However, this does not mean that fertilization is possible. They still need another snail for breeding.

The breeding season for these invertebrates usually coincides with the rainiest time of the year. This is because when there is a lot of water around, both the young and the parents can move around better. This allows them to perform their courtship rituals without fear of drying out.

Snail courtship is usually not a dynamic affair, but it does have its quirks. To begin with, both creatures start by grooming each other. In doing so, they start mating by rubbing each other. When they reach climax, they throw something like a choke dart at each other. This has the function of stimulating the male reproductive organs.

Since both have reproductive organs, each snail penetrates the other and exchange sperm. This allows the individual to be fertilized. The whole process of courtship and mating is said to take 5 to 12 hours. 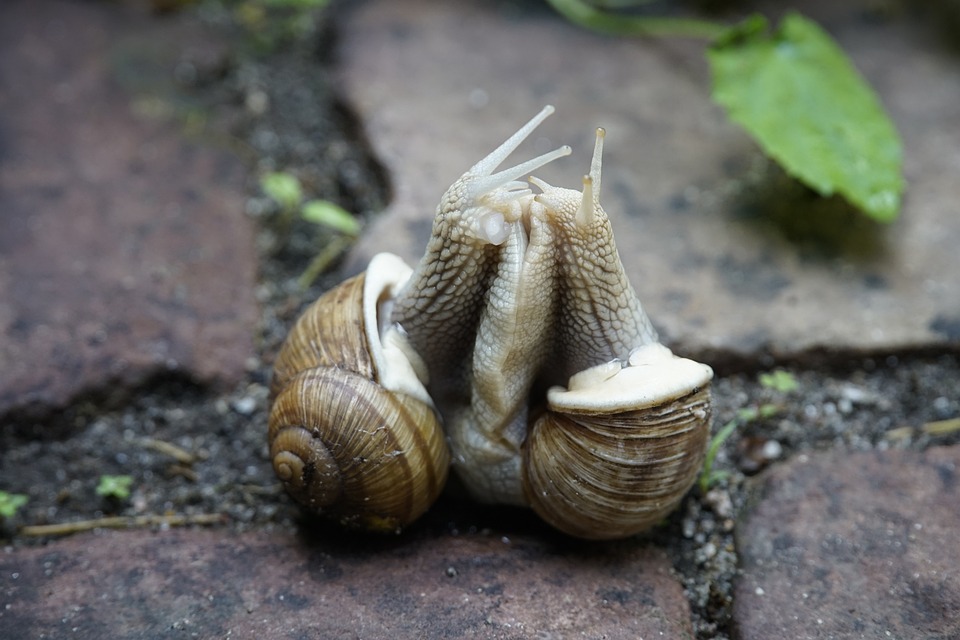 How Are Snails Born?

After the sperm is collected, the individual is transported to the oviduct. There, it is fertilized with an egg. At this point, the egg is covered with a layer of lime, which hardens when it comes into contact with air. In other words, snails reproduce in an oviparous manner, laying fertilized eggs that carry their young.

The eggs are laid 10 to 30 days after fertilization. This gives the parents time to build a small nest to lay their eggs. When the time is right, the snails release 50 to 150 eggs into the environment. The snail’s amount of time doing this can range from 20 to 40 hours. This process is so tiring that the snails usually rest in their shells afterward.

The eggs hatch in 10 to 25 days and hatching depends on the temperature and humidity in the nest. After hatching, the tiny snails remain in the nest. They feed on the egg yolk and shell. This provides them with the nutrients they need to survive. Ten days later, they leave the nest and begin their independence.