Bulldogs were traditionally used for the blood sports of baiting and dog fighting but today are kept for other purposes, including as companion dogs, guard dogs and catch dogs. Bulldogs are typically stocky, powerful, square-built animals with large, strong, brachycephalic-type muzzle. It is believed bulldogs were developed during the 16th century in the Elizabethan era from the larger mastiffs, as smaller, more compact dogs were better suited for baiting. The English Bulldog, also known as the British Bulldog, is a medium-sized dog breed. It is a muscular, hefty dog with a wrinkled face and a distinctive pushed-in nose.

The first reference to the word “Bulldog” is dated 1631 or 1632 in a letter by a man named Preswick Eaton where he writes: “procuer mee two good Bulldogs and let them be sent by ye first shipp”. The designation “bull” was applied because of the dog’s use in the sport of bull-baiting. This entailed the setting of dogs (after placing wagers on each dog) onto a tethered bull. The dog that grabbed the bull by the nose and pinned it to the ground would be the victor. 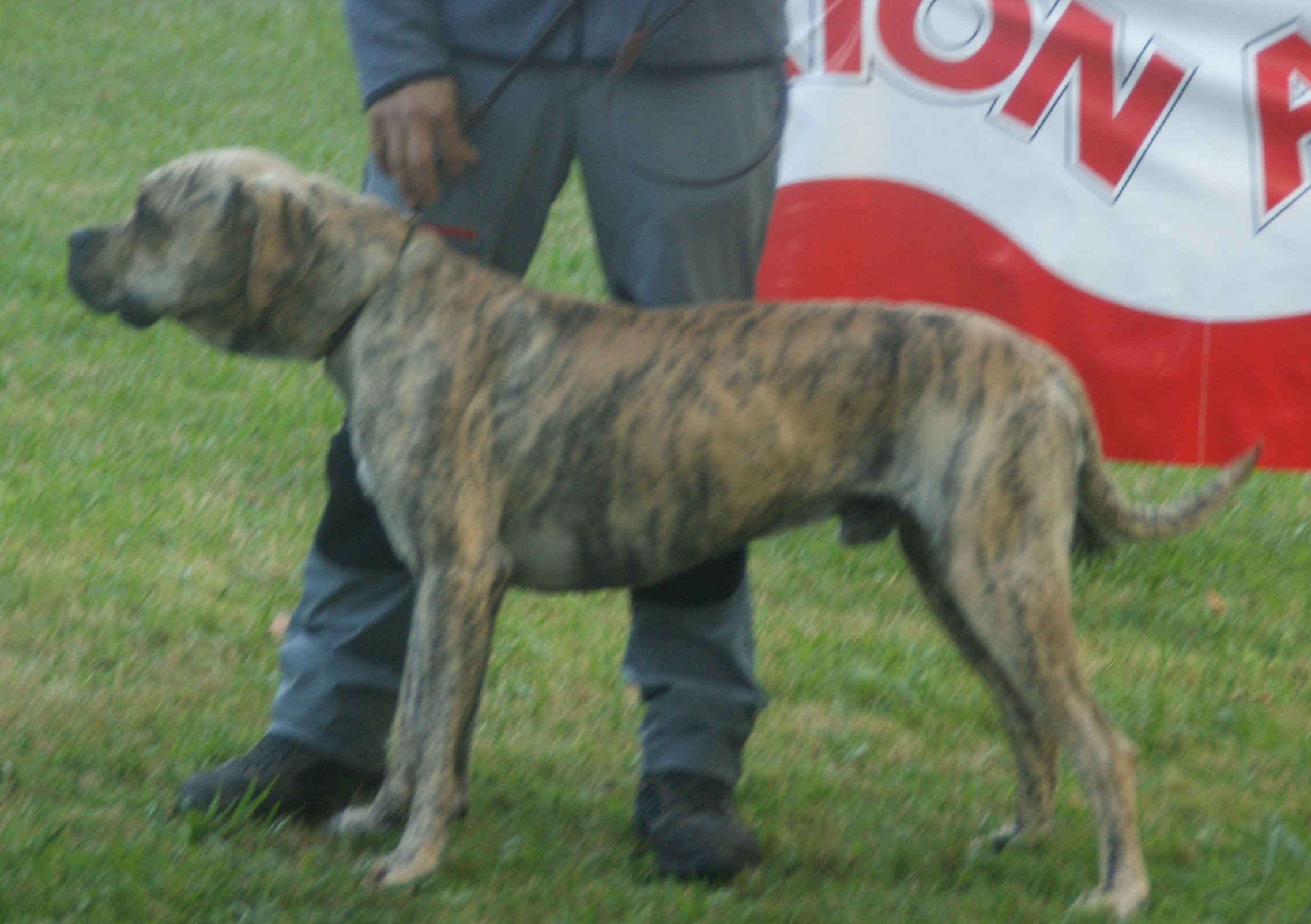 The Alano Español or Spanish Alano is a Spanish breed of large dogs of molossoid type. These dogs have been used as cattle catch dogs, hunting dogs and guard dogs. The breed was formerly used during Spanish bullfights and sometimes called the Spanish Bulldog in English.

The origins of the Alano Español are unknown. One hypothesis is that it derives from dogs brought to Spain in the Migration Period in the fifth century by the Alani, a nomadic pastoralist people from Central Europe.

The Alapaha Blue Blood Bulldog is a breed of bulldog from the United States and it is predominantly used as a guard dog. It is a very powerful, muscular breed with a large head and brachycephalic muzzle. The coat is short, typically colored white with black, blue, buff or brown patches and its tail is kept un-docked.

The Alapaha Blue Blood Bulldog is a rare breed that is believed to be descended from Old English Bulldogs brought to the Americas in the 18th century where they were used in bull and bear-baiting; they were later used as cattle and pig herders. 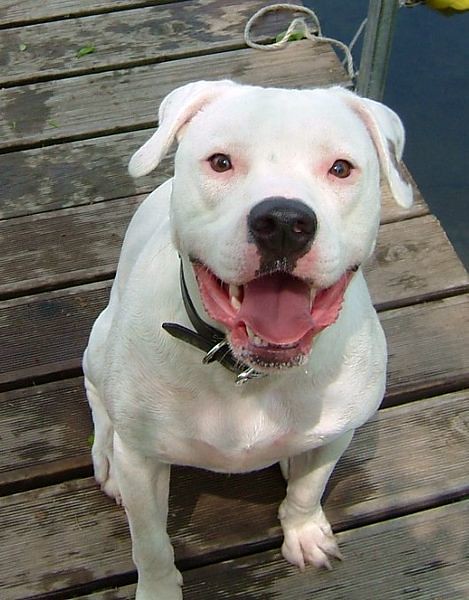 The American Bulldog is a large breed of utility dog descended from the Old English Bulldog. They are now used on animal farms, dog sports and for showing.

The Old English Bulldog was preserved by working class immigrants who brought their working dogs with them to the American South; these dogs are believed to have first appeared as early as the 17th century. Small farmers and ranchers used this all-around working dog for many tasks including farm guardians, stock dogs and catch dogs.

The Campeiro Bulldog is a breed of bulldog from Brazil. They are traditionally used as a catch dog, catching and holding cattle, often in slaughterhouses. In the 1970s, such dogs were banned in Brazilian slaughterhouses and the breed’s number declined to the point of extinction. In the mid-1970s, a private breeding program was commenced to save the breed and numbers have gradually recovered. The breed was recognized by the Confederação Brasileira de Cinofilia in 2001. 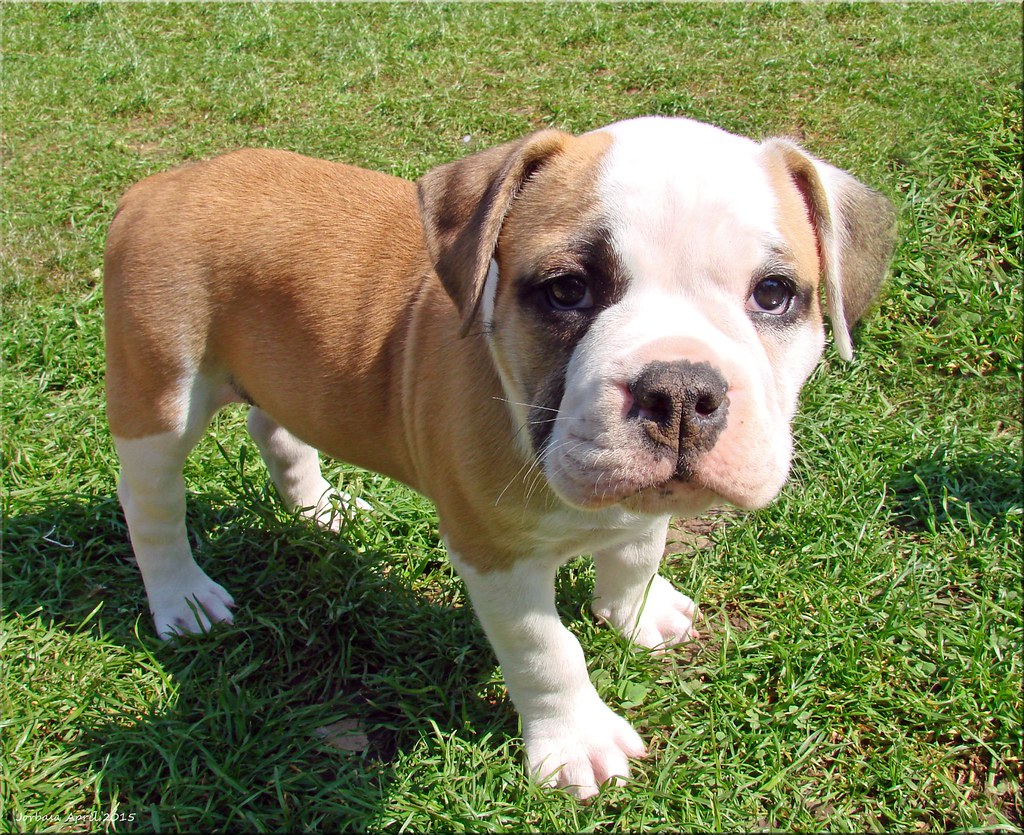 Imelda Angehrn of Switzerland, now nicknamed the “Grand Old Lady of the Bulldogs”, grew up in a veterinarian and farmer household and started breeding Bulldogs in 1966. She was distressed that the Bulldog had so many health problems, including difficulties with breathing and whelping such big-headed broad-shouldered puppies through narrow female hips. Wanting bulldogs that were more mobile, breathing freely and give birth naturally, she started breeding lighter dogs. After researching her options, she decided to start a new breed, including outcrossing with the Olde English Bulldogge. In 2001, her first EB X OEB crosses were born.